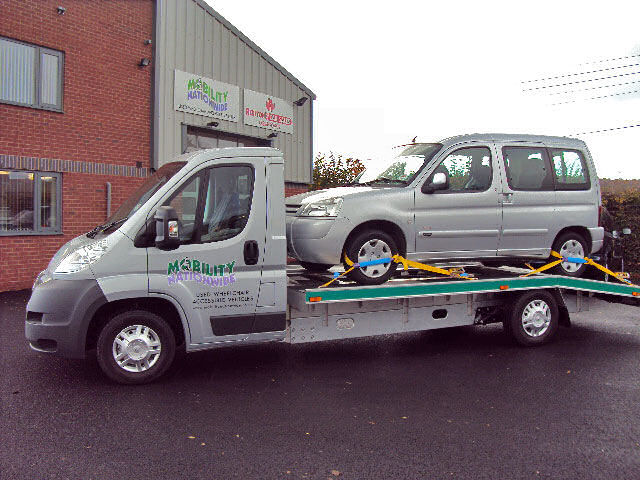 Diesel cars need less fuel than petrol cars and go further for each litre/gallon of fuel that you put in the tank when driving long distance. This applies to wheelchair accessible vehicles (WAVs) just as it does for conventional vehicles. But diesel cars are usually more expensive than petrol models, and diesel itself isn’t cheap. As a general rule of thumb, lower mileage users benefit more from petrol, whilst long distance drivers do better on diesel. However, there are a number of additional factors that you need to consider before choosing the fuel type that is right for you.

Is diesel ‘dirtier’ than petrol?

You might be surprised to learn that while diesel has a reputation for being dirty, a diesel engine tends to emit less CO2 than a petrol engine. Diesel engines do produce more pollutants in the form of sooty particles, but all Mobility Nationwide diesel vehicles are fitted with Diesel Particulate Filters (DPFs) to improve the air quality of the exhaust gases. Diesel Particulate Filters are designed to last for 100,000 miles, and are most are able to clean themselves during the normal driving process. If there’s something wrong with your DPF, a red warning light will come on to indicate the problem. Don’t ignore that warning! It’s relatively cheap to fix at first sight, but it could be a lot more expensive if you ignore it and end up having to replace your DPF.

It can be argued that diesel engines make up for these sooty emissions by providing a more powerful engine and better fuel economy. A powerful engine is particularly useful if you have extra weight in your vehicle, such as that caused by a lift, or a number of extra seats.

You might think that a car’s ‘miles per gallon’ (mpg) rating, or ‘miles per litre’ rating, would tell you the amount of miles that you can go for each gallon or litre of petrol put in. But, due to the way that mpgs are calculated, you would be wrong.

Current mpg testing is done in a laboratory and monitored by the Department of Transport. The car is fixed on a rolling road and performs a series of actions, including accelerating and braking, which are meant to replicate real life driving. Car manufacturers measure exhaust gases to calculate both the fuel economy (mpg) and the emissions rating. But given that the total test journey lasts just 6.8 miles, and fail to cover a number of real world variables such as driving styles, surfaces, passengers and extra weight, the transport minister has admitted that the current test has “limitations.”

What are the strengths of the mpg rating?

This isn’t to say that there’s no hope for the mpg rating. The test is standardised, so every car manufacturer in Europe performs a very similar test. This means that although the mpg rating might not be accurate, it is comparable. Vehicles with higher mpg scores do go further than vehicles with low mpg scores, but exactly how far is difficult to say.

Commentators have argued that mpg ratings for diesel engines are more accurate than those for petrol engines, but while manufacturers of diesel engines have needed to ‘revise’ their mpgs rating less often in the past, it’s difficult to say for certain. Improving your mpg is both good for your wallet and the environment. Here are Mobility Nationwide’s top tips for fuel efficient driving:

Find out whether diesel or petrol is best for your exact needs by talking to a specialist. Dial 01824 707737 .